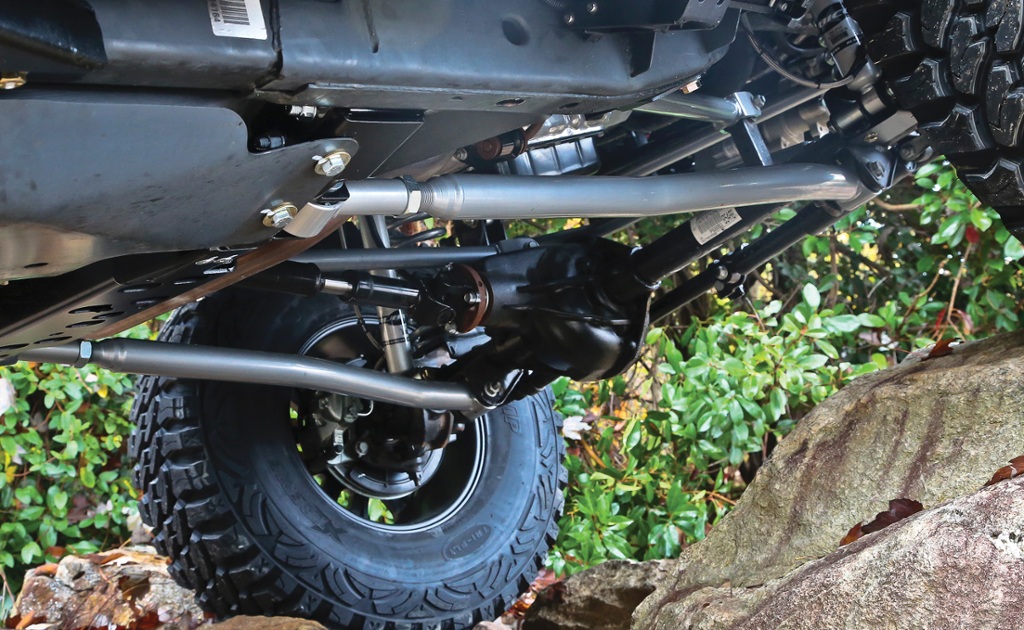 Three passionate Jeepers walk onto a commercial airline... and walk off at the threshold of a super-build. You were expecting something about airline food, right? The story of Jay Wilbur and how he created his dream Jeep begins like an audience's groan at the comedy club, but it ends with the roar of a 285 horsepower off-roading dream machine.

By chance or fate, Jay crossed paths with 4WD President/CEO Greg Adler and Sam Cervantes while they were all waiting in line to board the same flight. As both Greg and Sam were proudly sporting their company logoed shirts, it was easy for Jay to pick them out to ask, "Hey, why don't you guys carry this product?"

With the ice broken, talk of Jay's 2012 JK ensued, a copy of Off Road Magazine was given to Jay to pass flight time and, when Jay said he was interested in Jeep lift kits, Sam handed him his business card. Jay and his Jeep were located in Raleigh, NC, so Sam put him in touch with the local store manager, who became Jay's Jeep guru.

Jay went in for the Rubicon Express lift kit and, in the span of a week, walked out with his dream build and $28,000 of wiggle room in his wallet.