Communicating Off the Grid

Stay Safe by Staying in Touch

In large part, we love hitting the trail because it gets us away from all the noise. Out in the wild, there is no distracting television, no WiFi, no unwanted guests and no ringing cellphones. The resulting silence is a beautiful thing. However, it is still important to be able to communicate with your fellow wheelers on the trail, be able to make emergency calls or contact home. This is why one of the most important Jeep parts in your rig is a radio. There are a lot of choices when it comes to off-the-grid communication, but if you have the wrong type it could mean being stranded in the wilderness.

A basic rule of thumb is one mile per watt of open distance. The difference comes in when you begin expanding that distance. On the whole, you need as much range as possible. Here are some of the most popular options:

Unlike with most Jeep parts, bigger is not always better for Jeep antennas. It is important that you match the appropriate antennae with your radio choice. Things to consider are length, whether or not it is grounded and mounting material. 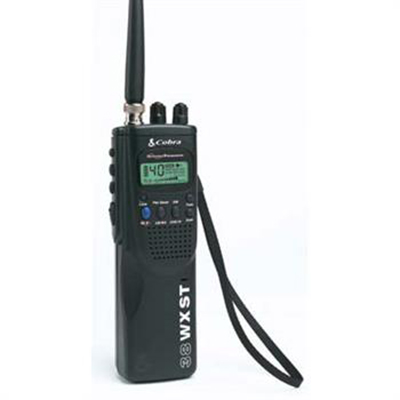 Something else you need to think about when purchasing a radio for your Jeep is whether it will be mounted on your rig or handheld. The biggest factor here is that a handheld radio will have a much smaller power source than a mounted one, meaning a shorter transmitting distance. There are any number of options for mounting your device, from the windshield and roll cage to underneath the dashboard. Using Bluetooth headsets allows you to put your radio just about anywhere it will be safe.

Tip: Talk to our experts at 4WD to learn which radio is best for you. Pop into the store, give us a call or ask online from any of our parts or accessories pages.