Bundle and Save up to $580 on Tire and Wheels

When it comes to Jeep lift kits, there are a lot of variations to consider: length, links, shocks and what size tires you’re accommodating to name a few. Before digging into all that, however, you need to determine whether you need a long or a short arm lift kit. So what’s the difference? 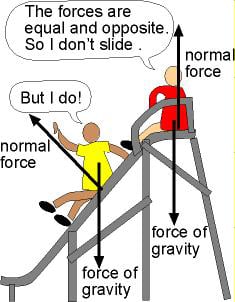 Suspensions are an immensely complicated subject, involving a lot of math and physics. To understand the “why” of short arm and long arm lift kits, we first need to examine the tip of the physics iceberg. Here’s a very condensed breakdown of the most important bits:

There is a thing called Normal force in physics, which “pushes back” with equal and opposite force when pushed upon. Astronauts use normal force in zero gravity to move about, by pushing off walls and obstacles – the walls reflect the force to push them through the air.

Of course, neither of those scenarios is possible in the real world. There are other forces at work which make it many levels more complicated, like friction – but this is an imaginary world where only one force is dealt with at a time.

The Difference between Short and Long Arm Lift Kits

A short arm lift attaches to the stock control arm mount. As the length of the short arm lift increases, the angle made by the arm and the downward force of gravity becomes smaller. This is the limiting factor for short arm lifts: if the angle of the arm is too extreme, the force being exerted both from and onto the vehicle will become too vertical.

Having more vertical than horizontal force in a suspension does a lot of negative things: for instance, it puts a great deal of stress on the suspension by pushing up on it constantly and ramming it upward with each bump. Also, the engine must work harder to move the vehicle forward or back, because instead of the energy going into pulling the vehicle along the ground, it is attempting to dig down into it.

The shorter arm also means the length of wheel travel available will have a more curved appearance than with a long arm, like so:

It is this motion which gives short arm lifts a bad reputation for being less smooth on pavement. Instead of a gentle up and down movement, the notable curve translates into vertical energy. This energy travels the opposite direction that the vehicle is trying to go and causes rattles and shakes as the suspension battles with physics.

In general, a long arm lift will provide a smoother ride on the road because the wheel travel has a larger radius and is therefore less dramatically curved.

Think of the curve of the planet: it is so large we once thought it to be flat, but a smaller version of the same curve in a bouncy ball is obviously and dramatically bent. The longer, smoother curve of a long arm lift reduces “push back” energy, decreasing jostling and bumping.

Generally speaking, a short arm lift can handle up to a 3.5-inch suspension lift without a notable shift in driving quality – as 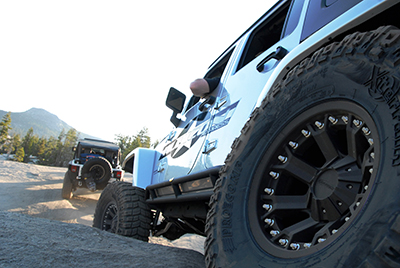 long as it is properly built. If 3.5-inches are not enough, drop brackets can be installed to lower the point at which the arm attaches and decrease its angle to the axle, allowing for a higher lift. The downside to drop brackets is they have the potential to decrease ground clearance, as they take up space below the frame.

There are many benefits to having a short arm lift over a long arm, including

An additional plus to short arm kits is there is always the option to change to a long arm if necessary. Because they are relatively inexpensive and install to the stock brackets, it’s not much of a deal to make the change.

We have all heard the story of the Princess and the Pea, however, so personal preference is a huge factor to consider. If the ride feels too rough, or the vehicle is for fast driving, a long arm kit might be the way to go.

There are many types of long arm lifts and it is important to know the differences between them before making a purchase. Aside from the price tag, a downside of long arm lifts is their tendency to “hang up” when crawling over large obstacles. In order make the angle of the arm smoother, a long arm lift must attach farther back on the vehicle, taking up more space than a short arm. This can be a big problem for rock crawlers.

Another negative aspect of long arm lifts is that once they have been installed, it’s tough to go back, because putting on a long arm lift means cutting off the stock brackets and welding on new brackets farther back along the frame of the vehicle. Going back to a short arm lift after that is all but impossible.

However, they offer a smoother ride and are definitely the way to go for any kind of “go fast” off-roading. 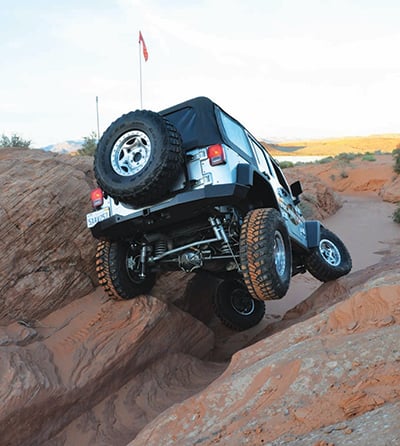 In general, you need a short arm lift kit if your rig:

You need a long arm lift if your rig:

Most importantly, your ride needs to feel right to you. So make some friends or join a local Jeep club and ride in your buddies’ rigs with both long and short arm lifts to get a feel for the differences before you install a kit on your Jeep. If in doubt, go with short: it’s less expensive and you can easily change to long later.