This store has been closed. Please select a different store

Jeep History Through the Years

Race car aficionado Enzo Ferrari once said, "Jeep is America's only real sports car." Ferrari’s assessment speaks volumes, considering his personal interpretation of the sports car is vastly different from the boxy and utilitarian Jeep line-up. What Ferrari hints at is something most Americans know intuitively, that our enduring love affair with the Jeep is as complex as the vehicle’s turbulent history. That history, fitting for any novel, features a young country gearing up to fight in a world war, military leadership that believed in creativity as a means of problem-solving, a patriotic engineer with a brilliant mind, and generations of consumers who appreciate the thrill of driving off the beaten path.

The advent of four-wheel drive

The Jeep owes its existence in part to the early-20th century engineers who pioneered four-wheel drive. Spyker is credited with introducing one of the first 4WD cars, the 60/80 HP, in 1903. Ten years later, carmaker Jeffrey launched the Jeffrey Quad, a 4x4 truck designed for military use. The bulky Quad impressed military teams around the world with its ability to navigate over difficult terrain. Soon enough, the Quad was a fixture for the Allies on the World War I battlefield.

The Quad could perform off the road like no other vehicle, but the truck had its drawbacks. It was massive, painfully conspicuous, and slow. These characteristics limited its functionality in the field, and prompted military leaders to yearn for more versatile off-road performance. They wanted a go-anywhere scout car that was as capable hauling loads as it was delivering messages quickly over unforgiving terrain.

In 1935, engineers Walter Marmon and Arthur Herrington moved four-wheel-drive technology another step forward. The pair began converting two-wheel-drive Ford light trucks into four-wheel drive, which proved to be a more versatile option than the Jeffrey Quad. The improvement was not enough, however, to satisfy the U.S. military.

The search for nimbler off-road performance

In the late-1930s, the U.S. Army set out to define a list of specifications for the ultimate scout car. After testing various vehicles, including the American-made Bantam, the Army settled on a list of requirements. Among them were: four-wheel drive, a maximum weight of 1,300 lb., 85 lb-ft. of torque, and payload of 600 lb. The Army also delineated an aggressive production timeline — selected manufacturers would have 49 days to produce a working prototype.

Military decision-makers then waited with anticipation for American engineers to flex their ingenuity. Soon enough, it became clear that the specs and the timeline of the project were unrealistic. Of the 135 manufacturers that were invited to bid on the contract, only The American Bantam Car Company and Willys-Overland responded. 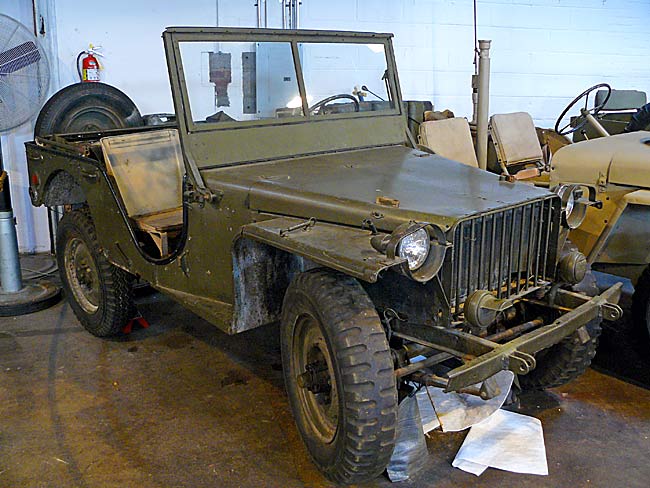 Bantam’s bid for the Army contract was a sheer desperation play. The company was grappling with serious financial problems, to the point that there were no engineers on staff and manufacturing operations were closing down. With no in-house engineering resources, the company reached out to a freelancer named Karl Probst. Probst, a patriot at heart, agreed to work without pay to design the new vehicle.

Bantam’s president, Frank Fenn, initially believed Probst’s work would be limited to modifying the existing Bantam car design. But a last-minute increase to the required horsepower dashed those hopes. When Fenn received the final list of specs on July 17, 1940, he gave Probst the bad news: “Our transmission won’t take it, our axles won’t take it, frame, suspension…We’ll have to jack up the horn button so you can design a new car under it!”

The bid deadline was fast-approaching, and Probst had just days to solve the problem. Since there was no time to reengineer parts, he needed to rely heavily off-the-shelf components. He immediately reached out to manufacturers to identify his options. One crucial deal he made was with Spicer to modify the axle used in the 65-hp Studebaker Champion to four-wheel drive.

In just two days, Probst had sketched out the framework for the Bantam Reconnaissance Car, also known less formally as the Bantam Blitz Buggy.  This framework was the basis for America’s first Jeep.

The demise of Bantam

Bantam won the contract to produce the prototype, primarily because Willys-Overland couldn’t commit to the 49-day deadline. The resulting Bantam prototype met most of the Army’s requirements with the notable exception of weight. Weighing roughly 1,850 lb., the buggy prototype was nearly 550 lb. too heavy.

The Army put the buggy through rigorous testing and, moderately pleased with the results, allowed Willys-Overland and Ford to submit prototypes based on the Bantam design. None of the prototypes could meet the Army’s specified weight limit, which eventually prompted a change to this requirement. That change tilted the scales in favor of the Willys-Overland prototype, which was also too heavy, but significantly more powerful than the Bantam Reconnaissance Car.

The MB wins the war

The Willys-Overland MB was the vehicle that eventually saw the battlefield, and it was the most versatile automobile the military had ever experienced. The MB is credited with modernizing warfare, thus inspiring General Dwight D. Eisenhower to conclude that “America could not have won World War II without it.” Reporter Ernie Pyle summed up the MB’s ample functionality as “It did everything. It went everywhere. Was as faithful as a dog, as strong as a mule, as agile as a goat.”

After World War II, Jeeps were left behind in the Philippines and the MBs and GPWs were known as MacArthur Jeeps after General Douglas MacArthur. Jeepney is the Filipino name for public utility vehicles constructed by enlarging the tubs of military-surplus Willys-Overland MBs and GPWs. Today, many Jeepneys are built from scratch in the Philippines with customized powertrains and used as buses, renowned for their extravagant decoration. 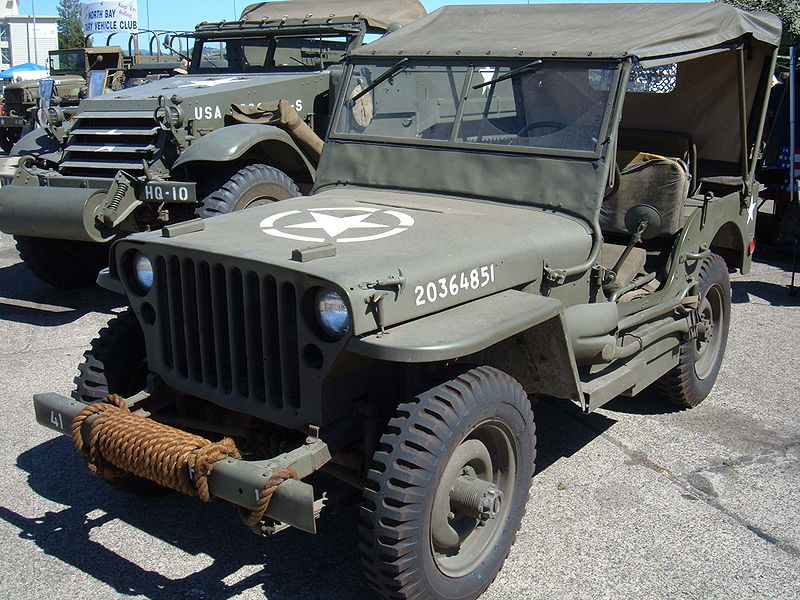 The 1941 MB from Willys-Overland, the first vehicle of its kind to see the battlefield

After the war, Willys-Overland filed a trademark application for the Jeep name and worked to repurpose the MB for civilian use. The transition was a logical one, given that the Jeep had already earned fame as a war hero. Test vehicles CJ-1 and CJ-2 evolved into the production model CJ-2A, which was launched to the civilian agricultural market in 1945. Three years later, Willys-Overland introduced the all-purpose CJ-3A, which is considered the country’s first off-road, recreational vehicle. CJ-3A innovations included a one-piece windshield and an upgraded transmission, transfer case, and rear axle. Five years later, the CJ-3B appeared with a larger engine that produced 25% more horsepower than its predecessor. The CJ-3B remained in production for 15 years.

By the time the CJ-5 arrived on the scene in 1955, Jeeps had won over the American consumer just as they had won over the military. The CJ-5 has the distinction of being one of the most popular Jeeps of all time, remaining in production for three decades.

In the second half of the 20th century, Jeeps continued to influence the way Americans used their automobiles. But despite the Jeep’s widespread influence, the ownership behind these popular vehicles remained in flux. Kaiser-Frazier, an independent carmaker, purchased Willys-Overland in 1953 and changed the name to Willys Motor Company. The name changed again in 1963 to Kaiser-Jeep. Seven years later, Kaiser sold its struggling Jeep division to American Motors Corporation (AMC). AMC was then absorbed by Chrysler Corporation in 1987. In the years that followed, Chrysler would go through ownership changes of its own, first merging with Daimler-Benz and then selling majority ownership to an equity sponsor to become Chrysler Group LLC.

CJs remained in production until the late-1980s, when they were replaced by the Wrangler. But even without the legendary CJ, Jeep continues to fulfill its early promise of freedom and functionality to drivers in the U.S. and around the world.