A Jeep Fit for Santa Claus 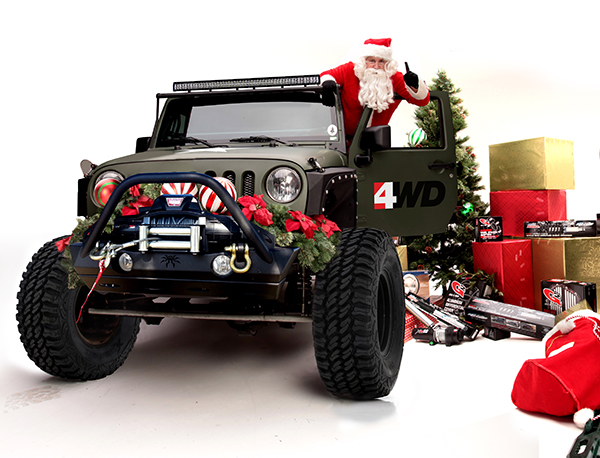 There’s a rumor going around that Santa Claus could not possibly make it to all of the Christmas-celebrating households in one night, that Ol’ Saint Nick can’t handle the laws of physics. To the perpetuators of that rumor, I make two points:

See, we here at 4Wheel Drive Hardware, as the suppliers of many a Christmas list item, have a special line in with the jolly man himself. 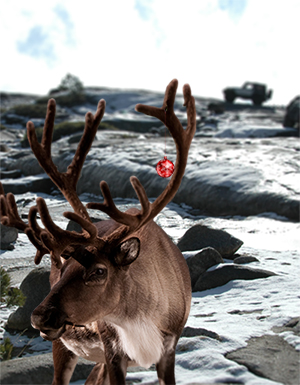 One of the reasons you may be of the misguided opinion that Santa can’t make it down every chimney on Christmas night is because you’re picturing Santa’s transportation all wrong. It’s been a long while since Santa’s ridden a sleigh! He traded that old baby out for a 4x4 years ago (a fact Mrs. Clause is all too aware of).

You see, the Christmas business has changed a lot in the past few decades. Coal became a non-option long ago with the formation of the mining unions and, following a number of customer service complaints regarding empty “bad children” stockings, Santa’s been stuck hauling toys for good and bad girls and boys. Then came the baby boom, the rise of the global economy and Americanization, all adding countless name’s to Santa’s delivery list. With global warming, the snows started coming later and lighter every year, so landing the sleigh became an almost impossible task in balmy 60° weather.

The final straws on the reindeers' backs were the trans fats. No one bakes their own homemade cookies any more*, and the fat and sugars loaded into all the Chips AHoys meant Santa loaded on the pounds fast. The aging reindeer couldn’t take it anymore and were forced into retirement. Santa needed a new ride, so he turned to the most capable off-roading machine known to man: he bought a Jeep.

* If you are planning to bake your own cookies for Santa, be sure to check out our special recipe (courtesy of Mrs. Claus herself) here!

Santa’s ride has to go above and beyond the demands of any normal rig. So, of course, he’s added in some top secret gears and gadgets to help him beat the clock and cross the world, but his Jeep may not be so different from your own. 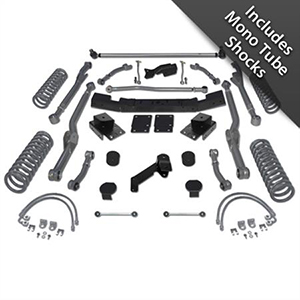 With his flying days in the past, Santa would be traversing a variety of terrain, so he needed a dependable, versatile suspension system. He came to 4WD’s experts for advice on Jeep lift kits, and we hooked him up with a 3.5” Rubicon Express Super-Flex Long Arm Lift Kit complete with monotube shocks.

In order to make it around the world on schedule, Santa travels along at an absolutely impressive speed. He needed a lift kit with a lot of available suspension travel, a rugged design and exceptional shock absorption. By the end of a night spent devouring cookies and milk, a bumpy drive home would make those “chunky” chocolate chip cookies we all love take on a whole new meaning.

This kit came with everything Santa needed: New PT-Meg Super-Ride bushings, designed for on- and off-road performance, adjustable upper control arms and fixed lower control arms with serviceable Super-Flex spherical ball joints, tuned lift springs, front and rear stainless steel brake lines and the Rubicon Express Advantage Lifetime Warranty. The extra height also made room for a set of tires that could really dig in to any terrain. 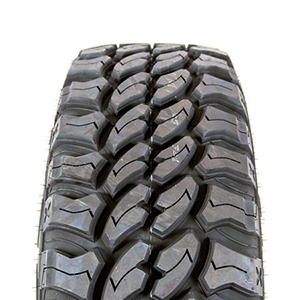 The North Pole is definitely broaching the top of the list of “most extreme places on Earth”. Santa required a set of Jeep tires that could handle the snowy takeoff and landing at home base as well as the variety of off-roading he’d have to do in order to make his midnight deliveries. Santa needed tires as extreme as he is. Santa needed some Pro Comp Xtreme MT2s.

Designed for a combination of on- and off-road driving, the 37” MT2 radial tires we installed for Mr. Claus deliver maximum toughness and traction. The aggressive, open-tread design is optimized to deliver unsurpassed grip and control while staying quiet on the roads and has the added benefit of self-cleaning performance in mud and snow. With a set of these puppies, Santa could take on any trail anywhere.

Mounted on a set of 18x9 Pro Comp Series 6631 wheels, suffice to say … Santa’s got style. Santa also has light weight, durable wheels with unsurpassed strength thanks to state of the art low-pressure casting technology.

Santa’s Jeep isn’t just for Mrs. Claus’ shopping trips, it sees action on Christmas Eve and it needs to be prepared for whatever Mother Nature throws at it, so he armored his Jeep for the ride with: 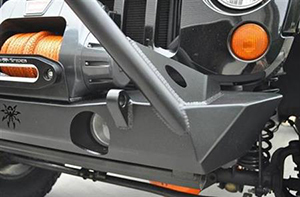 As with any off-roading adventure, we knew Santa was going to need a number of exterior parts and accessories to make the upcoming trip. With only a few weeks left before Christmas, we made sure to fit his Jeep with everything he might need. From lighting to side steps, Mr. Claus is now ready to rumble with:

A night of manipulating the time-space continuum and filling up on cookies as you pass out presents for families across the world deserves to be spent in comfort. We’ve had our eyes on some Jeep gifts of our own and wanted to be sure we were all on Santa’s nice list – so we installed plenty of creature comforts while we had his Jeep in our shop:

On the insistence of Mrs. Claus, we were also sure to install a ham radio for transmissions back to the Pole.

After the incident of ’06 (following a trip to a college campus that became the reason Santa no longer accepts brownies as substitutions for cookies), it was mutually decided that Santa would need some serious recovery equipment. With his Jeep prepared to weather the worst of it, we needed to make sure that it could get out of the stickiest of situations. So, we fitted his JK with:

There are, of course, many other odds and ends. However, the other details of Santa Claus’ Jeep JK are classified under Chapter 15 of US Title 50.